Finally, a health care model that drives down costs. Don’t break it.

As CEO of one of Texas' largest community health systems, I'm deeply concerned about the locomotive that appears to be coming our way — and soon. The Trump Administration is pushing for a House vote this week on a health care bill which would wreak havoc in the community health center world.

Created by Congress in the 1970s, federally qualified health centers like ours are charged with finding a cost-effective way to deliver high-quality primary and preventative care in medically underserved rural and urban neighborhoods in the U.S. They have deep roots in their communities, and in recent years have served a growing number of Texans. That’s because many working class people had the chance to buy insurance — and therefore, medical care — under the Affordable Care Act.

Everyone knows the costs of the American health care system are epically high. But health centers keep costs down, saving the system $24 billion per year by keeping people out of costly emergency rooms for things like an earache or cold.

Health center champions have included President George W. Bush, House Speaker Paul Ryan and Health and Human Services Secretary Tom Price, who recently called our role “vitally important.” “I think it’s imperative that we retain them or improve the delivery of care in that area," Price said during his confirmation hearing.

But a rash of policy decisions coming out of Washington this year won't retain or improve health centers' delivery model.

The American Health Care Act and the recently proposed MacArthur Amendment will likely knock millions of people off of their insurance, including the most vulnerable among us in the Medicaid program. (Proposed block grants to states or a similar arrangement carry enormous risk, and those funds won’t necessarily go to the vulnerable Texans who need them the most.)

This means those Medicaid patients will stop walking through our doors — and when they do, there will be no reimbursements payments to their health care providers. A second imminent cut to the health centers’ funding is the repeal of the Affordable Care Act, which put $9.5 billion into a community health center fund from 2011 through 2015. There is no similar fund proposed in the most current reform legislation.

It would be a total knockout to many health centers. I wish this were hyperbole.

Many of our 150,000 working class patients are thankful we're around. Beverly Bryant, a 64-year-old resident of Houston's historic Fifth Ward, remains ecstatic we found her breast cancer early. Wanda Smith needed immunizations at the last minute to help care for her new grandbaby. We got her a same-day appointment for both the shots and a check-up, even though she was uninsured.

"These points may seem minor to others, but major to me and others who live in my northeast Houston community, which is a health care desert," Smith wrote in a letter to us. "Finding health care in the area (even for the few people fortunate to have health insurance) is extremely limited, few and far between."

The demand for affordable health care in this neck of the woods is off the charts. Texas didn’t expand Medicaid under the Affordable Care Act and we have the dishonorable distinction of being the uninsured capital of the United States. As a nonprofit business enterprise, we invest our $110 million in revenue back into the communities we serve to meet the high demand for health services, just as every health center does.

The fiscally conservative nonprofit model of care is working. Let’s not break it.

Disclosure: Legacy Community Health has been a financial supporter of The Texas Tribune. A complete list of Tribune donors and sponsors can be viewed here. 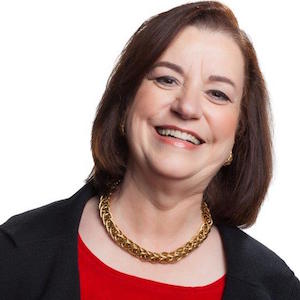 Lucy Nashed, Communications Director, Texans for Lawsuit Reform, Lucy Nashed has spent nearly a decade in Texas government and politics, working extensively on some of the most critical issues facing the Lone Star State, and seeing firsthand the benefits of a fair legal system on families and job creators.