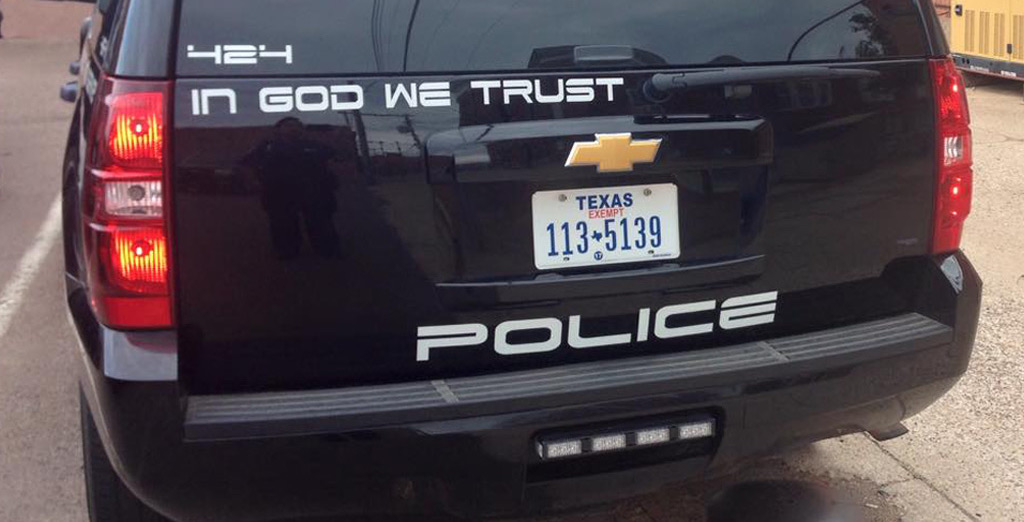 Apparently the President of the United States is now in the business of threatening political careers.

After being told by a Texas sheriff about a state senator who had introduced a bill to require convictions before seizing assets from criminals, the president interjected, “Can you believe that? Who is the state senator? Do you want to give his name? We’ll destroy his career.”

In the new political era of President Trump, this should be not a surprise. Cavalier responses and behaviors are par for the course.

Yet on each occasion that the president pulls a “Donald,” the mainstream media remains inclined to chase after the shiny object — his authoritarian style — rather than focus attention on matters of substance.

Here is what deserves attention in the controversy over asset forfeiture in Texas.

Current law allows police and prosecutors to seize and assume ownership of assets in criminal cases where there is a link — a “nexus” — between a crime and the property. These agencies need not first obtain criminal convictions, nor even file criminal charges. What constitutes a link is also open to broad interpretation.

The primary impetus behind the use of asset forfeiture law is to cripple the capability of drug kingpins and criminal organizations — a very laudable objective.

Yet because the state law is so broadly written, police and prosecutors have unfettered discretion in how the law is applied. Officers readily admit that if there’s little value in the property, they will not file to have it forfeited.

We face a two–fold problem.

First, what about occasions where a law-abiding person’s property is linked to a crime, but the owner had no involvement in the act (i.e., ever loaned your car to someone)? The burden is on the owner to prove that he or she is an “innocent owner.”

A Houston used car salesman, Zaher El-Ali, sold a vehicle on credit to a buyer, but retained title until the vehicle was paid for. The buyer was arrested for drunken driving and cocaine possession, and Mr. El-Ali’s vehicle was forfeited.

He challenged the forfeiture and his case made its way to the Texas Supreme Court, where Al-Eli lost. Most notable is the scathing dissent from Justice Don Willet on behalf of the property owner. Acknowledging that “the government’s burden is slight while the citizen’s burden is significant,” Willett laid out a stern argument that the 21st century version of asset forfeiture oversteps in large measure due to the profit motive of police and prosecutors.

Some lawmakers are rightfully concerned, filing bills in recent legislative sessions to require criminal convictions be obtained before assets are forfeited. Some have also looked to reduce the burden on the innocent owner.

The story here is not the flippant nature of a president asserting his authoritarian style. That’s expected. It can be annoying, but it’s no longer a shock.

Issue number one is the president’s clearly dismissive tone on a question of when the government can seize property from it owners.

Issue number two is that lobbying efforts of law enforcement and prosecutor organizations with a clear profit motive are a major obstacle to reform. It’s akin to allowing the foxes to guard the henhouse.